How to make a digital product better using app prototyping

The Full Cycle Product Development consists of many stages. Some of them are quick and easy, while others are much more engaging. In this blog post, I’m going to describe digital product prototyping – a part of a design process that takes place in digital product development.

A prototype is a product version, that can be used on every stage of the project. Usually, it’s on the early phases as the idea begins to take shape and we’re about to test it. However, we might as well do a prototype during the development step, when we want to test some feature or whenever really. It all depends on the team and the product. What are its goals and benefits? Let’s find out.

A definition of prototyping

A prototype is an interactive mockup of a product with basic features. It’s a version of a product that allows us to test the concept above anything else. It doesn’t have to be a prototype of a whole product, just some of its functions. It’s a clickable product version which aims to show interactions and what the full product can look like. However, it’s not only about the design but also the user flows and functionality.

Prototyping is also one of the cheapest and fastest ways to check the product with its potential users. This helps in spotting faults and fixing them before developing the final product. What’s more, prototypes have many forms, from the ones done on paper to video. The truth is, it’s all determined by the scope of the project.

Why is prototyping important?

Now, let’s focus on the question of why is it so vital to do a prototype. What problems does it solve? And more importantly, how does it influence other stages and the users?

You have an idea for a product, and thanks to PoC, you already know that your digital product is feasible. So the next step is usually building a prototype. By making something tangible, something that you can interact with, you can better understand the product and see what’s missing. It comes in many forms so that you may adjust it to your needs and your concept.

Moreover, a prototype can be useful during the usability tests as one of its goals is to check the user’s interaction. And since it already resembles a final piece of work, you can attract some of your potential customers.

The benefits of prototyping

Now, as we know the definition and its goals, let’s move on to what you can gain from building a prototype before developing a full product.

1. You get to see the sample of your product

It’s the very first time when you see your idea as a tangible artefact. Once it becomes real, you can notice and understand much more. Moreover, later on, during tests, you can clarify some of the assumptions which will make the wireframe prototype as user-friendly and intuitive as possible.

2. You get to understand the product better

By talking through and testing the prototype, it brings us the value that we need. It also reveals a lot of strengths and weaknesses of the primary solution. Owing to this, you can quickly evaluate your previous assumptions and change them to more cater to users’ needs. You can see which features are missing and which are additional. Moreover, launching a product is always connected with some risk, but a prototype can help you minimize it.

3. It can help in the refining of user interface design

Building a prototype is a great chance to work with your team and work out a shared vision of the product. This can lead to exploring new concepts and creating innovative solutions that can contribute to project success.

You can use the prototype and test it on a target audience. It’s truly one of the best ways to test the product without extra costs. As a result, you’ll get valuable feedback that will reduce the risk of failure. In other words, it will shorten development time and save some money as you get to eliminate unnecessary or not working features, notice potential problems and many more.

5. You can evaluate the real cost of your product

Prototyping is also a time when you see where the costs come from and why some things can’t be estimated at first. Together with the team, you work on required features and try to achieve Product/Market Fit. Thanks to this, the product will be adjusted to your budget.

The tools and techniques depend on the project, its time and prototype’s value. And of course on the team. Are slides of the designed path enough or do we need something more advanced? Tools such as AdobeXD, Framer.js, Principle, Figma can help us in building clickable versions of the product. But again, as I said before, sometimes a sketch on a piece of paper is enough to show the vision.

All of it depends on the type of project we want to make and how far are we with its development. Nevertheless, they’re great to create an approximation of what the final product might look like.

At Gorrion, we adjust our approach to the given project. Ideally, after the workshop and building a PoC if necessary, we do wireframes, which we later transform into prototypes. However, sometimes before this low-fidelity form of prototyping, we need to conduct more research or do a series of workshops entwine with the wireframes. The truth is, there are many scenarios but be sure that together we’ll pick the one that works best for your idea.

Prototyping is also the moment when we generate the most questions. Why do we begin the process with a low-fidelity form of prototyping? It’s the easiest and quickest way to better to understand the project and your business in general.

During the process, we think about the product’s features, discuss them and try different options. Here, we’re the most critical and conscious with our decisions as well as the assumptions.This is the moment when we rapidly become target-focused as we change and evaluate solutions.

Together as a team, we focus heavily on user flow. Our goal is to create a product that will be user-friendly and intuitive. To reach it, we examine the customers’ needs, requirements and restrictions at every stage of the design process. When it comes to prototyping, we’re doing it during tests.

As I mentioned before, usually during the first stage of building a prototype, we get to know its potential users. This allows us to adjust the product to their needs better and make it more intuitive from the very beginning.

In a nutshell, the process can be divided into four phases:

Later on, we build a prototype and discuss it with another part of the team. During making this high-fidelity form, we’re more accurate with the features. Here, we focus on what and where should be placed on the screen and where.

The close collaboration between different roles from UX/UI Designer to Frontend Developer allows us to see what’s doable in the project, what can be done differently. It brings a lot of value to the project and the team.

Thanks to that, from the one hand, developers know about and are a part of every decision. It helps them understand the product and think about it not only from their field of expertise but as a whole. On the other hand, designers are now aware of what’s possible to build and can decide which functions are valid.

All of it is done so that, in the end, you would get the product that succeeds on the market and meets users’ needs. Together, let’s build a foundation for an intuitive product with features that are needed.

Get more insights into the software development process from our newsletter. Sign up now and treat yourself with some Gorrion’s dose of knowledge. 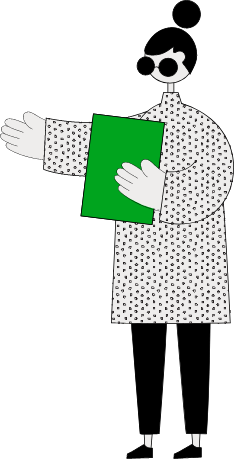 What is Gorrion’s Rapid Prototyping?